Ashwagandha vs shilajit – what to eat for a healthy body?

Ashwagandha vs shilajit – what should you eat?

Ashwagandha vs. shilajit debate is something that we all wonder. And want to eat only one ayurvedic supplement for our health.

But do these work at all?

Ashwagandha is native to India, while shilajit comes from layers of rock. Ashwagandha has been used for centuries in Ayurvedic medicine and as a natural remedy for various health conditions including arthritis, inflammation, high cholesterol levels, stress and anxiety.

Shilajit on the other hand is produced by melting glaciers that are rich in resinoids. It can be consumed as an energy booster or taken internally to reduce joint pain and improve skin health.

Shilajit might boost your other stamina as well, but not much help if your case is something serious.

Shilajit vs ashwagandha which is better?

When considering Ashwagandha and Shilajit, none is better than the other.

Both have unique features, but Ashwagandha excels at relieving stress. And Shilajit might help with giving extra anti-oxidants and boost your energy.

Ashwagandha and shilajit are two herbs that are commonly combined. The combination is safe for health, and the two should be consumed together to get their maximum benefits.

Aswagandha and Shilajit provide similar benefits, but still there are some differences. And each has some edge over the other in some aspects.

For example, Ashwagandha is known to relieve stress. Shilajit with its 84 nutrients can help, but Ashwagandha is more superior for this specific use case.

In the case of increasing testosterone, while Ashwagandha helps, Shilajit provides immense benefit. Thus in this use case, Shilajit wins.

So if you want to relieve stress, feel happy then take Ashwagandha. If you want to have more energy and increase testosterone, then have Shilajit.

Both of these herbs/elements improve muscle mass and strength to some degree.

So it is advisable to take both of them.

You might still want to consider an Ayurveda doctor for a blend.

But beware of Shilajit quality, there are lots with impurities.

If I were you, I might just buy Ashwagandha from amazon and Shilajit also from amazon.

Shilajit vs ashwagandha for testosterone

Both Shilajit and Ashwagandha are decent for boosting testosterone. But Gokhsura could be better than these two.

But if you test your testosterone and the levels are lower than normal, then you should consult a doctor to get some medications.

Although, Ashwagandha has been found to be helpful in reducing stress and anxiety symptoms, more research is needed before a consensus can be reached on appropriate doses.

Ashwagandha is an Ayurvedic herb that can help to improve the health of your immune system. It has antioxidant properties, anti-inflammatory properties and stress-relieving effects.

For more immunity you might try over the counter vitamin C as well. But a good diet should solve it.

Ashwagandha has been shown to increase energy and muscle power.

One of the more recognized ways to increase energy, muscle power, and testosterone levels is through natural supplements with Ashwagandha. The supplement showed a significant improvement in GABA levels for better exercise performance.

Some research also shows that Ashwagandha might improve your overall athletic performance as well.

However, you will need a good diet and a solid workout plan to increase strength and muscle mass.

Researchers found that a combination of ashwagandha and shilajit significantly increased GABA levels in the brain. Alcohol intake did not show significant changes in this area.

Ashwagandha has shown some positive results when it comes to improving your mood and testosterone. Ashwagandha also shown to increase nitric oxide, which helps better blood flow to the private parts as well.

Many do take safed musli for this as well.

Shilajit is a fulvic acid and humic substance that has been in use for thousands of years. Shilajit allows the mitochondria present in cells to produce energy, which helps people feel more energized. It can also be used to manage fatigue in day-to-day life, as well as improve physical performance or enhance athletic recovery and endurance.

The benefits of Shilajit are most commonly found in Ayurveda medicine. It can be taken as capsules with lukewarm milk after meals for 2-3 months to reduce the symptoms of fatigue.

Shilajit is an age-related, irreversible, nervous disorder that might reduce the risk of Alzheimer’s disease. Ayurvedic view: Alzheimers is a nervous disorder and shilajit can be used to rejuvenate the body and brain.

Shilajit is a type of resin that can be found in the Himalayas. Shilajit might help manage respiratory tract infections and HRSV, but it has not been scientifically proven to do so yet.

Shilajit is kind of a diuretic, so it might remove excess water from your body and lungs.

But if there is a health problem, then you should consult a doctor.

Shilajit is an extract from rock formations found in the Himalayan mountains. It has a wide range of benefits for cancer patients, including antioxidant properties and anti-inflammatory abilities. Shilajit also balances the three dosha, Vata-Pitta-Kapha which can be out of control with cancer.

Shilajit is a traditional Ayurvedic herbal supplement that has been used for thousands of years. It can prevent tissue damage because of its balya and rasayana properties, which help promote oxygen delivery to the body. Shilajit also helps in preventing hypoxia due to low blood pressure levels or other conditions.

Shilajit is a natural form of ashwagandha that has been used since ancient times. Shilajit has been shown to help detoxify the body by absorbing harmful chemicals and toxins, including heavy metals like lead and mercury.

Shilajit is a natural substance found in the Himalayas that has been used for centuries to improve health. Shilajit was given as a supplement with no side effects and has been shown to have positive effects on testosterone levels. 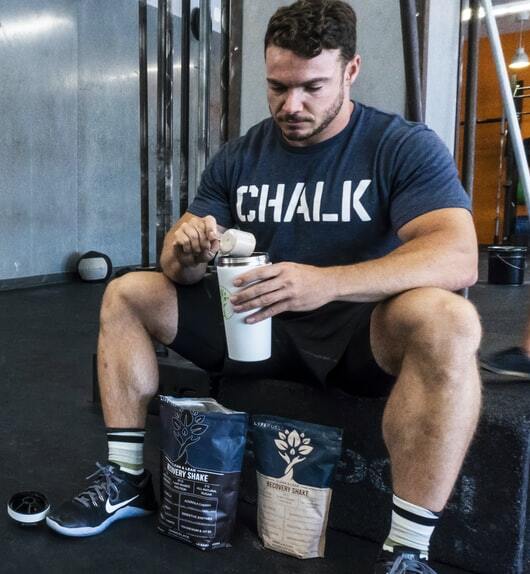 Can Shilajit and ashwagandha be taken together?

Shilajit and ashwagandha are two herbs that can be taken together. They both have a strong history in Ayurveda, where they are recommended for health improvement. Both herbs also come with a long list of benefits, so it is likely safe to take them together.

But do stay in their own recommended dosage limits.

Shilajit powder and Ashwagandha powder are a popular choices for this.

But Black Shilajit is considered of superior quality and is very costly.

Benefits of using shilajit and ashwagandha together

Ashwagandha has chemicals that calm the brain and reduce swelling. Shilajit has fulvic acid, 84 minerals, and antioxidants. Ashwagandha can function as an antioxidant to improve immunity. As a result, ashwagandha is often used along with shilajit in order to increase the effectiveness of each supplement.

Which Is Better – Ashwagandha Or Shilajit?

A combination of ashwagandha and shilajit is recommended to improve health. This is because the two herbs work together in synergy to deliver maximum benefits.

In Ayurveda, a combination of these two herbs is recommended for overall health improvement.

Ashwagandha is a herb that can function as an antioxidant to improve your body’s immunity and memory, anti-inflammatory, energy booster, diuretic. It also offers numerous health benefits, including improved circulation. Shilajit contains the trace minerals needed for healthy bones, and it can be used to detoxify your liver while supporting thyroid gland functions by increasing metabolism in many ways such as boosting oxygenation of cells

Shilajit vs Ashwagandha vs gokshura

Shilajit: Used for boosting energy and contains a lot of minerals. And it will boost some testosterone as well.

Shilajit vs ashwagandha for muscle building?

Shilajit & Ashwagandha both can be consumed for muscle building. But without diet and heavy lifting none would work. These might help you with staying alert, energy boost etc but the effects will be minimal unless you put in hardwork. 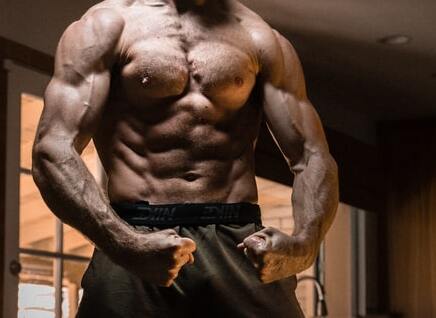 Who should not take shilajit?

Shilajit is a natural product that has been used for centuries in Ayurveda, but it is not recommended for people who have gout conditions or hemochromatosis.

When should I take shilajit and ashwagandha?

When to take gokshura and ashwagandha

Is it safe to take ashwagandha daily?

Ashwagandha is a supplement that can be taken in order to support the body and promote health. It comes in pill form, as well as an herbal tea that can help reduce stress levels. There are many potential benefits of taking ashwagandha, but people should never take it without consulting their doctor first or beyond recommended doses or periods because there may be contaminants and processing it may remove those contaminants.

It’s important to note that ashwagandha has been found to be safe when taken by mouth. If someone is considering taking ashwagandha, they should speak with their doctor to find out if it’s right for them and how long they should take it for.

How much ashwagandha is harmful?

Ashwagandha is a plant root that has many health benefits. However, if too much ashwagandha is consumed, it can be harmful to the body. In order to make sure that you are getting the right amount of ashwagandha in your diet and aren’t doing more harm than good, 600 mg daily for 8 weeks has been found by scientists to be safe for healthy people without any adverse health effects.

What happens when you take ashwagandha daily?

Ashwagandha root extract has been used for centuries in Ayurvedic medicine to help increase the levels of immune cells. Ashwagandha may reduce C-reactive protein levels by up to 30% and may improve muscle strength, fertility, and cognitive performance. Dosages vary depending on your needs, but 250-500 mg per day for at least one month seem effective.

What is the best time of day to take ashwagandha?

Ashwagandha and Shilajit are two herbs that can be taken in a variety of ways. They can both be taken with warm milk, or as an infusion with water, or even mixed together to make a paste and then applied topically. Although they are not too strong on their own, when combined they provide many health benefits like improving your male hormone levels.

There are many studies that are being done on Ashwagandha and on Shilajit. These studies are all trusted sources that have some definative data on these herbal medicines. Some study or research says that one might improve sperm count. cure diseases or simply boost energy levels.

But as my experience goes, and as a common user with no medical knowledge, I would say herbal medicine does not work well for everyone.

The dose of shilajit & Ashwagandha might not be same for everyone.

And result will vary a lot as well.

And whatever you do, do it with caution.

Yo Friends, this is Samarjit! A skinny guy who is building his tiny home gym. I have researched a lot about different home gym equipment in India and decided to share my research data online.
I will share more effective home gym machines, nutrition to buy as per your goals.

Should you do treadmill before or after workout?